During a variety of networking opportunities I’ve had lately, I’ve eagerly delivered my “30 second elevator speech”, and within it, I say something along the lines of “I’m Kindra Cotton, Small Business Survival Specialist, and I specialize in equipping small businesses with the social media tools they need to survive in a Web 2.0 world”.  Until fairly recently, I wasn’t quite sure how well the entirety of that speech was going over, but I do know that people’s ears always perk up at the mere mention of “social media”.

Then, I was talking with someone about the rapid shift that we’re making into a Web 3.0 world, and it occurred to me that there are some people that have absolutely no idea what “Web 1.0”, “Web 2.0”, or “Web 3.0” really means, aside from being buzz words that tech people use to sound sleek.  While I think that people can pick up on the fact that I help people use social media to market their business, I don’t think they have any true “reference points” for what any of this means, so today, I’m going to provide, a roadmap of sorts, to help you get a handle on what the Web 2.0 world is, and how you can bring your company up to speed with it, and be prepared for the eventual shift that takes everything up a notch.

So, in the beginning, there was “The Web”, which we’ll refer to as “Web 1.0”.  This is the first stage of the World Wide Web, and its the initial stage that linked webpages with hyperlinks.  It’s a little technical, but the thing to understand in this stage is this is where all the pages of information that were on, what became known as “The Internet”, were linked up together.  The “Web 1.0” environment was the place where someone would create a series of webpages, that would then become a website, and they put that information out for people to receive.  A great example I like to use here is thinking of “Web 1.0” as a one lane road.  People, usually technical people or big companies and organizations, put these websites out there, and other people, like you and me, were there to absorb whatever they were giving out.  So that’s “Web 1.0”.  All of the information’s going in one direction.

The next stage was “Web 2.0”, which essentially is the shift from the one-lane road, to a two-lane road, where not only can big companies put out content, but now the little guy (or regular people) can contribute too.  With technological advances that made tech easier to understand and more readily available, people now have the power to create their own websites and blogs, and participate in the conversation about all sorts of things that were restricted during the “Web 1.0” environment.  So, that’s “Web 2.0”.  More user-friendly, more interactive, and essentially this is where the social media boom gets its strong foothold, because, as you’ll find, everyone has an opinion that they’d like to share, and for the most part, you can always find SOMEONE who’s interested in hearing yours.

“Web 3.0” is the next big shift, and it’s what I like to call “The Collaborative Web”.  “Web 2.0” enabled the ability for everyday people to have an impact in content generation and, in some instances, be able to shape the conversation far outside of the realms of major corporate multimedia outlets.  I think, “Web 3.0”, takes that a step further by utilizing the vast quantities of information being created and analyzed as people use these various forms of technology, and it’s using it to create a better experience, both for the user, and subsequently for the advertiser who’ll be looking to access that user.

So, in sticking with our roadways example, I’d view “Web 3.0” as “a multi-lane highway”, or true “information superhighway”, because the information’s coming and going from multiple places.  One of the distinctive things I think we’ll see in the Web 3.0 environment is a much more customized experience.  For example, think about your TiVo, or a recent web search you’ve done, or conversation you’ve had on Facebook.  With TiVo, if you record one show, TiVo instinctively records other shows like it, assuming you’ll like them too, since they feel that they understand your preferences based on your previous input. So, it’s nearly doing the work for you, based on a relatively small amount of work on your end.  Now, let’s relate that to the web: If you’re on Facebook, or searching Google for something, have you ever noticed how the ads that pop up while you’re searching tend to be directly related to whatever you’re searching about, or talking about on Facebook? This isn’t a mistake. This is “Web 3.0”, and it’s only going to get more precise as more time and more information about people keeps getting created, archived, and analyzed.

Now, with all this being said: Is your business Web 2.0 compatible?  Are you maximizing social networks to get the most out of your client relationships? 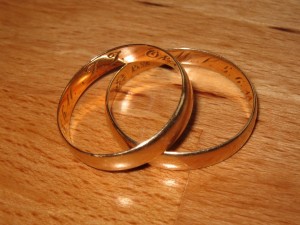 A few weeks ago, I had the good fortune to witness an awesome panel discussion on Social Media held by NAMA (The Nashville Chapter of the American Marketing Association).  One of the panelists, Erick Goss (Managing Partner at Creative Trust Media), made an excellent statement about the commitment necessary for social media to work effectively.

I’ve slightly sanitized Erick’s description to make it more palatable to a “PG audience”, but essentially, it goes like this: Social Media in comparison to Traditional Media (like TV ads, Newspapers, Magazines, etc.), is like the difference between going on a blind date (traditional media) versus a marriage (social media). Traditional Media is typically a one-shot deal, where you’re spending a lot of time and money (usually the latter) hoping that it will pay off, kind of like you do with a blind date.  Yes, you’ve known people that have gone on wonderful blind dates, but there are also plenty of horror stories.  The point here is that it’s a one-time gamble that you hope will pay off big, it could work, or it could not.  You could have a great time, or you could end up in tears.

Whereas with social media, just by its very nature of planning and the time commitment it takes, it is more so like a marriage.  It’s time put in, for hopefully the right reasons, that will have both long and short-term results, and while it won’t be all roses, you can’t just ditch it the minute something goes wrong.  Or as Erick said “If my wife gets mad at me, she can’t just get rid of me”.

So, it seems to me that Social Media is like “the new hot girl on the block”.  Everybody wants to date it, but no one’s putting a ring on it, because they just don’t quite trust her yet!  It makes sense, but if you look around, you’ll see the people that are doing the best things with social media today, have made a long-term strategic commitment to fitting it into their brand’s message.

I think having this “Blind Date vs. Marriage” imagery is a great way to encapsulate just what it takes to make social media work.

So, with that in mind: Are you ready for a long-term commitment? 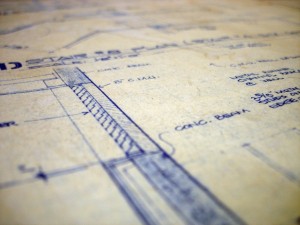 The final component of the Social Media Marketing Plan is monitoring the long-term effectiveness of your company’s social media marketing strategy, as it is key for identifying new customer markets, gaining additional customer feedback, as well as assessing what social media marketing avenues are working best.  In this stage, assessing marketing effectiveness occurs by utilizing a collection of online market surveys and/or customer feedback questionnaires, and thoroughly monitoring the analytics of your company’s website, blog, and social media networks, and periodically analyzing the information received for emerging trends and industry shifts.

Social media initiatives can be time consuming, but if done right there can be a great payoff.

So, with that in mind: Where are you in your social media planning process?